Proto-planetary disks and the formation of planets
Investigating the physical structure and evolution of protoplanetary disks as well as the chemical composition of planet-forming material.
Exoplanet detection and characterisation
Investigating the climates and atmospheric properties of short and long period gas-dominated planets as well as searching for small planets around the nearest stars.
The formation history of the solar system
• Martian atmosphere: Search for unknown molecular species in the limb of Mars, which formed at altitudes of 80 – 100 km under the Solar UV – flux.

The properties of low mass brown dwarfs
Search for a possible population of cooler (T<400K) brown dwarfs including studies of their rotational velocity.
Massive YSOs and young stellar clusters
Understanding the formation of massive stars by investigating accretion processes and disk properties, multiplicities, feedback processes, and luminosity functions in embedded stellar clusters.
Evolved stars and their circumstellar environments
Understand the complex inner wind zone of AGB star envelopes: the velocity, density and thermal structures of the complex envelopes, and their chemistry.
The Galactic Center
Investigating the immediate vicinity of the galactic black hole as well as the properties of surrounding young star clusters.
Low-z extragalactic science with METIS
Understand the physical origin of the correlation between black hole and galactic spheroid mass from size, geometry and dynamics of the circum-nuclear region and the interplay between star formation and nuclear feedback.
High-z extragalactic science with METIS
Study the evolution and merger history of luminous infrared galaxies at intermediate redshifts via the morphology and velocity field of their redshifted H-α emission.

If you’d like predict how METIS will see your favourite object in the thermal infrared universe, you are welcome to try out our instrument data simulator, SimMETIS. At the simulator webpage you will find the download package as well as some documentation. We’d love to hear from you, if you use our simulator (see the simulator download page for contact details). 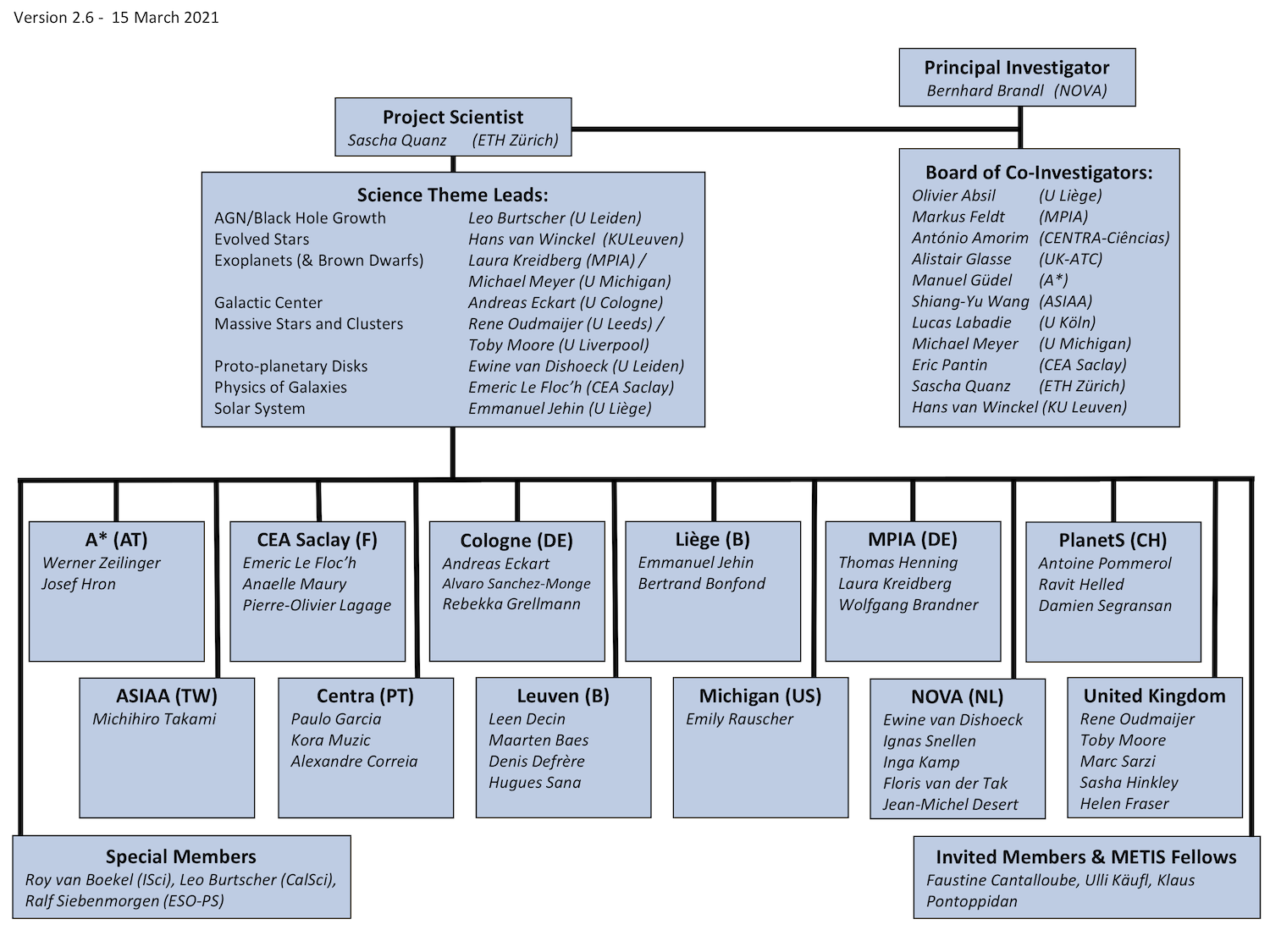